In Ontario....George Smitherman was appointed as minister of the new of energy and infrastructure portfolio, including nuclear plants (the cost of which will at least double from initial quotes).

Does this mean he's changing from Furious George to Fluorescing George?

KC Dog Blog has a great post on how it's past time for all dog owners to get into the battle against breed specific legislation. Read it here.
Posted by Social Mange at 4:54 AM No comments: Links to this post

Chicken Little, the sky is not falling.

One particular Ontario Fiberal-friendly mainstream media outlet has run a lot of “hooray, the Fibs will win in 2011” stories lately.

This has freaked out people I know, who would if possible leave the province rather than live under the democracy-abrogating Fibs.

One article even called McSquinty’s government “scandal-free”. Yo. Dopey. Remember GrantGate, millions of taxpayers' dollars flushed without proper application, approval or documentation? Laurel Broten’s monster garage? The Flick Off campaign? The hundreds, possibly thousands of missing driver’s license blanks? At least one McSquinty cabinet minister breaching ethical standards without repercussions? The Premier hiding behind a website (WorkingFamilies)? Not to mention all the broken promises – more police, more nurses, so on and so on. Google "ontario liberals broken promises" and see how many come up. The idiotic initiatives – ban church suppers, ban this, ban that, nanny-state people to death. That is, when they're not dying because of the bacteria killing people in hospitals, the incredible waits in emergency rooms, the substandard care in nursing homes. Ban a shape of dog so that over 4,000 dogs die to help bolster the McSquinty and Bray-ant approval rating. McSquinty’s government even went to court to make sure they couldn’t be held to their promises. Now, doesn’t that make you feel all warm, fuzzy and secure about the Fibs?

Don’t panic, people. These "hooray" articles are psychology. The Fibs are trying to set up a self-fulfilling prophesy, and using MSM to achieve it. The Fibs are playing you.

It’s propaganda. Just like the Fibs controlled the media and whipped up public opinion against a particular shape of dog, the Fibs are starting early in their campaign for 2011. Mostly because they know they’re going to get their flailing bee-hinds kicked.

A third term is virtually impossible to win, and will be impossible if people get off their duffs and vote. To quote Caveat concerning the last election, “Roughly half of the eligible voters in Ontario (total 8.38 million), didn't vote. It was the lowest voter turnout in Ontario's history. Of the 4.2 million people who voted, 42% or 1.76 million voted for the McGuinty Liberals. So, the McGuinty Liberals are representing about 21% of the total electorate, or 13% of the total population. Yet they have 71 of 107 seats in the Legislature while the Progressive Conservatives, who despite media bias and misrepresentation garnered 32% of the popular vote got only 26 seats in the House. In other words, 1.76 million people elected 71 people to speak for 13 million people.”

It won’t take much to turf the Fibs, and Dalton knows it.

Incidentally, I wouldn’t bet on Dalton staying as head of the Fibs through the 2011 election. I’ll put money on my belief that he’s going to step down right before the election and let his successor take the blame for losing. Forewarned is forearmed. I think Dalton has his eye on Ottawa, and not just for going home.

So, Chicken Little, keep your eye on the prize. Start working NOW for the party of your choice (pick Conservative or NDP, don’t bother with the fringe parties, it just splits the vote), and work HARD so the Fibs are gone in 2011.

UPDATE: The Ontario Ombudsman released his third annual report today (2008 06 17), you can read the press release here and the full report here. It does not flatter the government with respect to the MUSH sector - "municipalities, universities, school boards, hospitals and long-term care facilities as well as organizations such as police and children's aid societies" - for a lack of openness, transparency and accountability.
Posted by Social Mange at 6:50 PM No comments: Links to this post

NAILA HAS BEEN FOUND!!!!

...and is back home, safe with her family. She was stolen, then dumped, someone supposedly picked her up and returned her for the reward. Bless everyone who pulled together and searched for this little girl, and didn't give up. 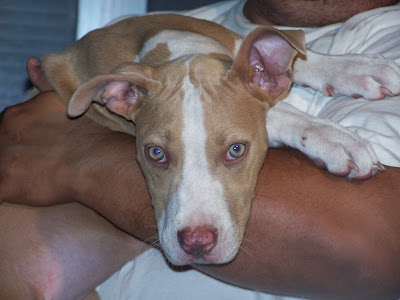 Posted by Social Mange at 9:09 PM 2 comments: Links to this post